The company also announced its release to be expected in April 2016. The Vernee Apollo is coming up with 6 GB RAM to support the high definition gaming for the users. 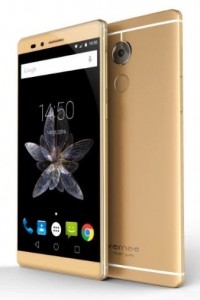 The device has a processor from MediaTek with configuration MT6797 Helio X20 chipset.

The phone comes with a 128 GB internal storage which becomes one more asset for the phone.

Rear camera comes with 21 megapixel clarity with a supported LED flash and front camera with 8 megapixels.

All the basic connectivity options would be supported obviously. And also has facility for USB Type –C connectivity, which may facilitate the device to support quick charging.

The complete mobile is designed with metal on exterior part.

The camera, RAM and memory are all the strengthening features to the phone and the phone also includes some extra features to strengthen its worth. The feature like 3D Force touch is seen only in some limited number of phones which is found in apple iPhone 6s and 6s Plus. This feature is now available in this Smartphone.

The price of the phone is the man concerned thing, but which is not yet revealed by the company and we may find it announced along with its release in April. In April the release of the device will wash away all the doubts regarding its specifications and price.