Google has made public today Google features Glass, which is undoubtedly a good appetizer until we can prove in reality these augmented reality glasses.

Among others, include the specifications related techniques 640×360 screen, allowing us to look through these glasses like seeing through a screen size of 25 inches at a distance of 0.74 inches. The 5 megapixel camera is another feature of Google Glass that stand, which also includes the ability to record video at 720p. 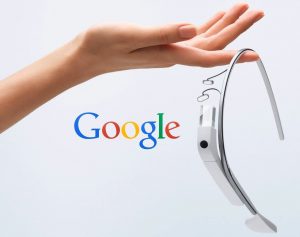 The new Google Goggles include 16GB flash memory (to which additions are added 12GB using cloud services, especially Google Drive ). Other important features of Google Glass is the use and battery life of the product, which can be used for a whole day without you download, provided that is not consumed by intensive glasses. Google explains that the biggest drain on the battery of the glasses come while we use these in the Google Hangouts or during video recording. The new augmented reality glasses Google also include a micro USB port.

As for the connectivity of the new device, Google has looked pretty this technical aspect. Thus, the glasses support 802.11b/g Wi-Fi, and promise to be compatible with any device having Bluetooth.

Among the list of features of Google Glass also found some technical specifications related to the new application MyGlass. This app is compatible with mobile devices that present Android operating system 4.0.3 or higher, and allow important functions like GPS or SMS messaging support.

Although there are still many technical specifications to know, the advancement of the new features of Google Glass is certainly good news for those interested in them. Yet to be resolved if eventually augmented reality glasses include details like checking everyday objects (that Google protected by a patent which I already have), but over the next few months we will know a little more about this new product.