To save on telecommunication costs, more businesses are making the switch from traditional phones to Voice Over Internet Protocol (VOIP), allowing them to make phone calls over the Internet.

With VOIP, users can call local and long-distance from anywhere with a broadband connection and a computer or specialized phone device to make calls. Here are 5 reasons to make the switch to business VOIP: 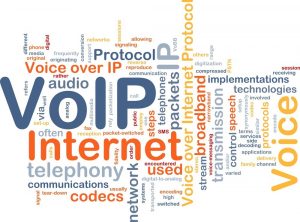 ONE: Save on Costs

VOIP is more cost-effective than using traditional phones. Phone calls over the Internet have little to no costs, depending on the VOIP software downloaded and equipment used to make calls. Businesses can reduce their operating costs, specifically monthly phone bills, by switching from standard telephones to VOIP. Rather than have a desk phone, employees can use a computer or their own cell phone, along with a headset, to facilitate hands-free calling.

There are three different ways to make a call through VOIP. With VOIP for computer to computer calling, businesses can connect with anyone through a broadband Internet connection and a computer properly equipped for calls. Computers must have VOIP software downloaded and have a microphone, speakers and sound card. The most common way to use VOIP is through an analog telephone adapter, which connects a traditional phone or cellphone to a computer or Internet connection. Another way is to connect IP phones, which are similar to traditional phones but have ports for Ethernet cables to link to a router to make calls over the Internet.

Through VOIP, voice and data communications run on one network, not separately. Instead of using copper wiring to transmit calls the traditional way, VOIP works by digitizing sounds into data sent over the Internet, lowering infrastructure costs. Switching to VOIP also increases bandwidth efficiency when streamlining communications channels.

With traditional phones, others can listen into calls by picking up the same line, but it is more difficult to eavesdrop on VOIP calls. Phone calls made over business VOIP are secure because they are encrypted to protect data transmitted online. The level of protection and encryption through VOIP is dependent on your company’s IT network.

FIVE: Get the Same Features as Traditional Phone Service

Along with its low costs, VOIP has the advantage of offering the same calling features as standard phone service. So you don’t have to say goodbye to caller ID, call waiting and transfer, repeat dialing, return calling, three-way calling, forwarding, or sending calls to voice. As a more advanced feature, some VOIP providers allow users to check voice mail online or attach messages to an email address.

Through VOIP designed for professionals, businesses can lower costs through internet-based calls while having the same or better quality calls as phones taking up space on your desk.

Previous Post How to downgrade from Lollipop to Kitkat?

Next Post Become the Backbone of a Company’s Technology Infrastructure