Shazam application was first developed by Chris Barton, Dhiraj Mukherjee Philip Inghelbrecht, in 1999, now it is developed and owned by Apple Inc. This application is used worldwide, it can recognize as well as identify music, television shows, advertising, that is based on a song that is being played, with a microphone. This software or application is available for macOS, android, iOS, tvOS and Windows. The shazam application recognizes the songs based on an audio, which is finger print based. It is based on a spectrogram that is a time frequency graph. It is available on windows

How Does The Application Work?

Shazam gathers the song or the sample that is being played by using a computer built –in microphone or a Smartphone. It also stores a catalogue of audio fingerprint based. It can identify the music or the audio that is being played anywhere, although it won’t be able to identify the song when the background music level is too high enough that automatically prevents an acoustic fingerprint to be gathered. It is compatible with android, iOS which includes apple watch, windows phone system. The application is available as a desktop application when downloaded and enabled. It runs in the background and recognizes the song automatically.

The application is easy to use and extremely useful, when you’re struggling to find the song you have in your mind or playing in the background. The shazam application was redesigned in the year 2004 and was added with extra additional and useful features. Mostly shazam us usually used on smartphones, available in smartphones, and answers the common question “what song is this?”  It started as a Internet Startup and gained a lot of attention and popularity and then evolved as a successful business. 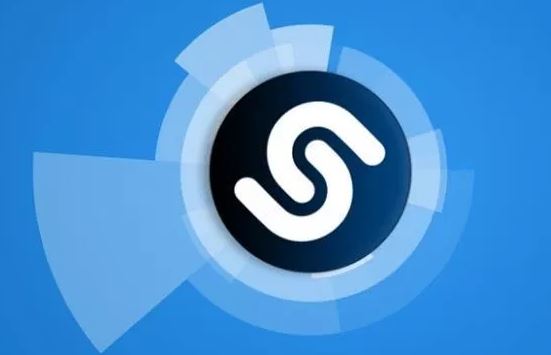 Shazam has offered in various different packages, such as, shazam as free-to-try software, Shazam encore, a pay to play program, Shazam Red, which is similar to encore but a part of income is donated to the charity.

There is a social element to the application that is you can now share your music to social media platform, such as Twitter, Facebook and other social networks.

You need to install the application and then create an account to sit it up properly. The first thing to do is to download an android emulator called the blue stacks; you can find many websites that you can download from. Second step once you download and installed blue stacks application, you need to let it load and run the application  Step 3 is to look for a search icon in the blue stacks landing page, step 4 is to enter shazam in the dialogue box and hit the search button and let it search the application. Once it is completed, you can download the shazam from any application from any of the stores available; one thing to remember is that there is only one free application of this version. Everything else requires payment that needs to be made. You can either pay or look for the free application.  The paid version, you have to pay 5 USD to purchase it.

Step 5 is to download and wait for the download process to end and you can install of the shazam, later you will see the application that has been installed in your PC, you can start using shazam directly.

The new update of the shazam application makes it even more interesting and improves the connection more seamless, that beings the exact experience of using it in the mobile, in your desktop. It has really good improvements of music identifying pr recognition capabilities. Moreover it also contains a content feed that is directly influenced by local charts and past shazam; you can browse in them wherever possible and anticipates the coming hits, that way it gives you knowledge on the music you can download in the near future.

The shazam also has cortana support; this application allows you to start the app with a simple voice command. This allows the listeners to fasten the procedure and extremely easy to use.

Improved Recognition, Which is faster and more accurate than ever. Second is the content feed, you can now keep up with the sessions, interviews, new releases and videos from the artists you love. The content on your shazam screen is driven by past shazams and face book friends.

Third is Windows, Store music links, you can now access songs directly from windows store. Fourth is cortana support by saying “shazam now” or shazam, “what’s this song?” to recognize and get the name of the song that you’re listening. Fourth is the live tiles that remind you of your recent music musical discoveries. There are also new song pages, where in you can see the lyrics of many songs that are synchronized, including more videos and recommendations.

Shazam is an amazing application, It has exciting features, with more entertaining Industry coming up, and shazam is a must.