Sony is the best brand for all automobile and electronic devices. As we in sort of electrical energy Sony devices are coming with energy saving technology which is unique only for Sony devices. Sony proved its vest in smartphone field also which is initially famous as Sony Ericsson smartphone brand. Sony Xperia series are most efficient smartphones in the world. Though these smartphones are little high budget smartphones when compared to other, they are designed with advanced features. Sony has started wide range with Windows Mobiles with updated android operating system. The company markets some of its phones as waterproof and dustproof to attract youth. 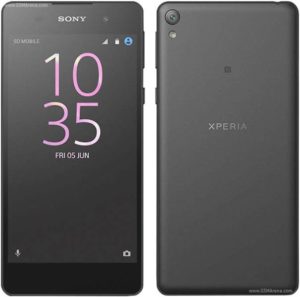 Display: The phone comes with a 5.00-inch touchscreen display with a resolution of 720 pixels by 1280 pixels .

Network: The Sony Xperia E5 is a single SIM (GSM) smartphone that accepts a Nano-SIM.

Processor and RAM: The Sony Xperia E5 is powered by quad-core MediaTek MT6735 processor and it comes with 1.5GB of RAM.

Storage: The phone packs 16GB of internal storage that can be expanded up to 200GB via a microSD card.

Battery: The Sony Xperia E5 runs Android 6 and is powered by a 2700mAh non removable battery.