All the countries are moving towards electric automobiles. It’s quite evident that we need alternate resources of energy as fossil fuels are already getting used up so much and the warning signal started alerting the producers and consumers that these fuels will finish off sooner.  Due to this increasing demand, the whole world is in the anticipation and fear of the new revolution taking place. Emerging Engineers pursuing Btech course or M.Tech course are on appeal with the new skills to take up the revolution. 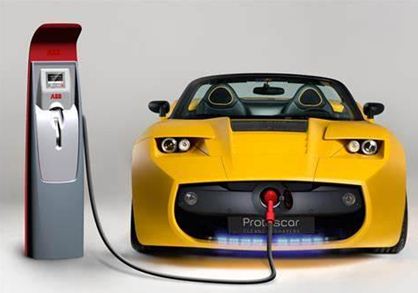 The very first electric car was invented as early as in the 18th century by William Morrison of Des Moines, Iowa with the speed of 14mph. Over the years the production of electric cars declined due to limited battery power, high cost and the emergence of oil reserves and gasoline vehicles which served better with the long-distance and speed. But now things are changing with the concerns over global warming, shortage of fuels, pollution and so the electric vehicles are again setting its entry to rule the automobile industry. Audi E-Tron, BMW i3, Chevrolet Bolt, Jaguar I-Pace, Kia Niro EV, Nissan Leaf, Tesla Model 3 are few of the electric cars hitting the sales in 2020.

Vivarail is the first British company to launch the battery-powered train with the range of 60 miles between charges. Battery powered trains are found to be the best alternative of the traditional trains as they are pollution-free and cost-effective. Works are going on to make electronics to be suitable for diesel trains, hybrid or electric trains, battery trains or hydrogen trains to have more flexibility and reliability. The rail operators can freely choose the mode of power they want in accordance with the rail lines they use.

Ships are the major mode of transport for trade and indeed the major sources of pollution in sea ports. The hazardous gas emitted by ships affects marine life and life on nearby ports. It contributes to the major greenhouse gas emissions. The only solution is to have an electric operated ship. The ‘Yara Birkeland’ is the world’s first commercial autonomous electric vessel invented by Marin Teknikk, in Norway.  One electric ship could replace almost 50,000 truck journeys a year. Nevertheless, there are investment issues, battery space, water currents affecting the ships to travel. Yet we hope for solutions with the advancement of technology.

Fly into the sky is the dream of everyone from the very early ages as we gazed at the solar bodies exchanging their turns and as we counted the twinkling stars. Some of them made their dreams into reality and even for others to dare to dream. Dreams are the right for everyone but sometimes dreams live as dreams mainly due to poverty and technology is improving day by day to be at the hands of everyone who desire. We had many electric UAVs( Unmanned Aerial Vehicle) for various research purposes. But electric planes didn’t come into practical existence for conveyance modes. Now NASA had started with the work the first electric aircraft  X-57 “Maxwell” for the public use which will be flying in 2020. The challenging part is to have a large storage of battery and fast recharging technology.

Oil reserves are at the peak level of production but no way on par with the actual demand. It’s essential to keep 80 percent of fossil fuels on earth or else we will have to face other risk factors concerning the global temperature. In the fast world with fast growing technologies there comes an expectation of everything being faster. From auto to aviation, all industries are on fast track work to go electric. So we have to incorporate new curriculum in all Btech and MTech courses to ensure we have sufficient skilled engineers to meet up the fast-emerging technologies and the fast-growing needs. We need Engineers and Technologists to work on high battery power, easy recharging, cost-effective schemes, etc to make the conveyance mode easy, cheaper and available.