Recently, ZTE had announced a couple of new smartphones for Chinese as well as for Indian market. After keeping fans waiting, finally, the company has launched the Nubia Z11 Mini S in India. The device comes with a remarkable 23 Megapixel rear camera and lots of improvements as well as upgrades. If you want to know the pricing and availability of the newly launched Nubia Z11 Mini S, then you’ve come to the right place. 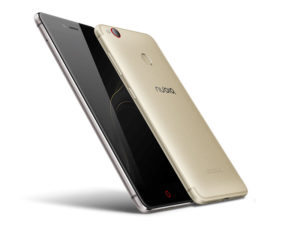 Well, the device carries a sweet price tag of Rs 16,999 in India. If you consider the specifications (especially the rear camera), then the price seems to be quite fair. The device would be available at online stores to purchase.

Z11 Mini S features a 5.2 Inch screen sized display which is full high definition. The device is powered by a Qualcomm Snapdragon 625 chipset which is clocked at 2.0 GHz. The processor is coupled with 4GB of Ram and 64GB of internal storage.

The device supports memory expansion using a MicroSD card up to 256GB. Coming to the GPU of the device, it comes with an Adreno 506 GPU which is actually pretty good and provides excellent gaming experience. The device bears a 23 Megapixel camera on the back, and a 13Megapixel camera on the front for taking selfies. It is backed by a 3,000 Mah battery which lasts long for at least a day even on the heavy type of usage.