In an event held on Tuesday. ZTE had announced a couple of new smartphones. Nubia M2 is one of them which comes with dual rear camera setup which helps the user to capture their life moments within a blink of an eye. Follow up the article to know more regarding the pricing, availability and main highlights of the newly announced ZTE Nubia M2 smartphone. 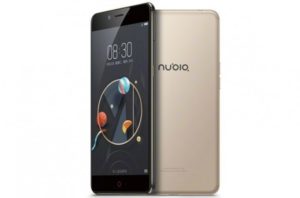 Well, as of now, the company has announced the device only for the China market. So, there’s no chance for Nubia M2 to land up in the Indian market. However, after the initial launch, the company may launch it in Indian market too. Keep following our site to know the updates regarding the availability of this device.

As I said earlier, Nubia M2 has announced only for the Chinese market as of now. So after converting it in Indian Rupees, the price of Nubia M2 is approximately Rs 25,000 – Rs 26,000.

Obviously, the main highlight of this device would its dual rear camera setup. It sports a dual 13 Megapixel camera setup on the back and a 16 Megapixel selfie shooter on the front. It comes with a 5.5 Inch screen size display with a resolution of 1080 x 1920  pixels. Talking about the processor, it is powered by an octa-core processor with a clock speed of 2 GHz and coupled with 4GB of ram.

ZTE Nubia M2 is backed by a 3630 Mah battery, other basic features like Wifi, 4G and Bluetooth are included in this device.