Now-a-days most of us are interested in stylish good looking mobile devices and Xiaomi is best address for such smartphones. Some people will have a habit of changing their mobiles year by year. They will look for updated version smartphone and Xiaomi is also following same strategy. It was just established in 2009 and became world famous within two years. Mi series mobile devices are attracting people with its good looking outer frame features. Xiaomi Mi 4S was launched in February, 2016 and with no gap Xiaomi Mi 5 was releasing on 15th March, 2016. Xiaomi announced about its two upcoming releases in January itself to catch users intention and planned to release in sequence. Expectations are more on Xiaomi Mi 5 as its earlier mobiles are with most updated features. 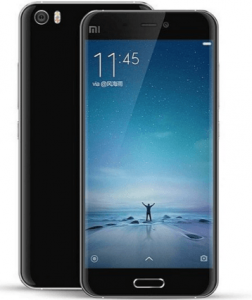 Launch Date and Price: Release date of Xiaomi Mi 5 was confirmed as 15th March, 2016. Price was not fixed and expected price is around Rs. 28,999. It will be available from March in all online shopping websites

Outer body: Xiaomi is well known for its outer body design and Mi 5 is designed with optimum weight and minimum thickness. It weighs around 129 grams with dimensions 144.6 x 69.2 x 7.3 mm.

Display: Coming to display, it is with 5.15 inch IPS LCD capacitive touch screen and with pixel resolution of 1080 x 1920 pixels.

Rear Camera: Primary camera is 16 Megapixels with phase detection, autofocus and dual LED flash. The specialty of this camera is it is manufactured with OIS (4-axis) technology which is very rare.

Front Camera: For Video is designed with capacity 2160p@30fps and secondary camera is with 4 MP.

Storage: Xiaomi Mi 5 is designed in two versions with change in internal memory and RAM capacity. Internal storage capacity is with 64 GB and 4 GB RAM. Other version is internal capacity with 32 GB with 3 GB RAM. For the both the mobiles expandable memory option is not provided.