What is a droid phone

What is a droid phone? This is one of the most basic questions that people had been asking a few years back. However, now the scenario has changed drastically. Nowadays, every single person on the planet earth is able to answer this without a hitch. When the question – what is a droid phone – is posed in front of anyone now, they immediately answer that a droid phone is basically a mobile phone, or a smartphone for that matter, that uses Android for its operating platform. However, the term ‘droid phone’ often causes confusion because Verizon Wireless also owns a phone that has been named the Droid. The Android operating system is an open source platform that is unique to its system and sets the droid phones completely apart from the other smartphones. This is an operating system that gives its users a very wide scope of customizing their smartphones, by installing a diverse range of applications. 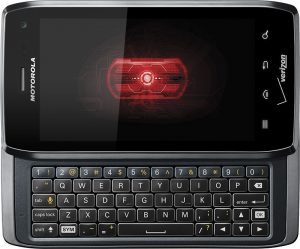 Development of the Android operating system

The Android operating system is considered to be an offshoot of Google, when Google bought Android Inc. in the year 2005. Within the next two years, Google helped in the formation of the Open Handset Alliance, which is essentially a collaboration of the leading companies that manufacture mobile phones. These companies, numbering more than sixty, helped jointly in order to develop and launch the Android operating system for commercial purposes. These companies that formed the Open Handset Alliance included very famous names such as that of Google, HTC, T Mobile and Motorola. HTC was the first smartphone that used the Android operating system. The HTC Dream was launched in 2008 and proved to be a huge success. Late 2009 saw the launching of the next Android smartphone the Motorola Droid. This was when people started asking what is a droid phone.

All about the Android operating system

The question what is a droid phone is bet answered with its history. Android is a technology that was developed from the Linux kernel open software. From the time of the early 1990s, open source operating systems was a field that was a specialty of Linux. This was intended to be a platform which was adaptable, in the sense that any developer would be able to add their programs to, develop programs for and have the operating system mutate. This ‘openness’ of the approach of the Linux based operating systems allowed them to be highly adaptive to newer and more recent technologies along with being in sync with the user’s preferences.

An Android operating platform provides your smartphone with unending options of customisation, something which other interfaces lack. A droid phone makes sure that you can run up to umpteenth number of applications, depending on the processor. In fact, you can not only run several applications at a time, but even lets you instruct them to work with each other.

Android provides the user with such a high extent of customization that it is impossible to resist buying one. The droid phones offer a superb option for those who want a customizable and multi-functional phone. Thus the question – what is a droid phone – is answered.