Looking to have some fun playing games online? What kind of games do you like to play? Do you like to play MMO games? Those who don’t know, the MMO refers to massively multiplayer online game. There are many MMO games that you can play. The reason why everyone likes to play MMO games is that there is not any downloading involved in it. Just connect to Internet, head over to the game’s website and enter in the virtual world of fun and excitement. As already said, there is big crowd of MMO games, but all are not worth of your time. You should only play the best ones. This list will tell you about the top MMO games.

Lord of the Rings Online

This is the best MMO game without any single doubt. You must not miss to play this game. This highly addictive game has been admired by almost every gamer who has played this game. This is the first ever MMO game that is set in the J.R.R. Tolkien’s The Lord of the Rings. This game is calculated among the 3 top MMO games of all time. Dwarves, Habbits, Elves and Men are the four races that are available in this game that you can play. In order to play this game, you are required to purchase it first. Thereafter, you are required to pay a little fee monthly. 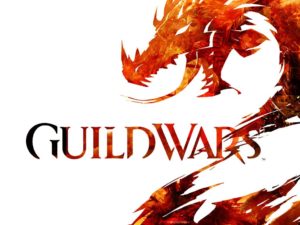 Ever played Guild Wars II? If you have been playing MMO games for long, then you must have played this game. Guild Wars is one of the most popular MMO games of all times, but its sequel, the Guild Wars II is even better. This game comes with the best elements of MMO gaming world. This addictive game will eat your many hours, so start playing it whenever you have lot of free time. You can test the game in trial mode, and if you get impressed by it, then can make investment on full version.

A well-deserving name for this list about top MMO games. In this game, you as player, are required to fight with the enemies so as to survive. The conditions are tough and surviving in such conditions is not an easy task. The deadly virus has been spread into the air which has killed many survivors. Your task is not only to survive, but to uncover the truth about the world as well.This game has special crafting system and First Person Shooter style combat. Like the above games, this game should also be purchased first and then you are required to pay a little monthly fee to play it.

Incredible graphics, good story and good sound effects- all these make an incredible and highly popular game called ‘City of Heroes’ Just play the trial first, if like it, then purchase the full version and opt for monthly subscription to play this game.