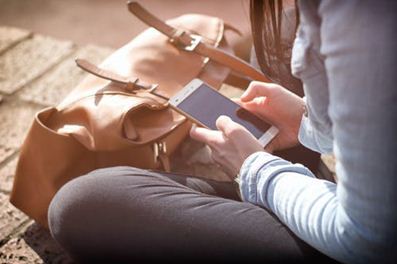 It’s not surprising that Android emulators are all the rage nowadays. This software can emulate or run Android apps on your laptop or desktop. So, if you’re a gamer who loves to play your favorite mobile games on a much bigger screen or a developer who wants to try your new apps on different devices, then you can use emulators for that purpose.

Genymotion is one of the best emulators for android right now. Professional app developers love this emulator because it enables them to perform app testing on various platforms and devices.

Enjoy low latency and high streaming performance when accessing your app within a safe virtual environment. It’s also compatible with Android Debug Bridge (ADB), so you can use your go-to Continuous Integration (CI) environment and test automation tools through this software.

Genymotion has a free version for those naturally curious users. It also comes in both cloud-based and desktop versions. You can use it on Mac OS X, Linux, and Windows operating systems.

This emulator differs from traditional emulators since it works as a Google Chrome extension. ARChon allows users to run Android apps in your Google Chrome browser. It’s the go-to emulator for light gaming thanks to its accessibility. Plus, you can use this emulator without spending a penny!

You can use ARChon on Windows, Linux, MAC OS, and any operating system that supports Google Chrome.

MEmu is an emulator that’s so popular among gamers due to its high-speed performance. It supports a variety of Android operating systems, such as Kit Kat, Jelly Bean, and Lollipop. It also works well with AMD, Intel, and Nvidia graphics processors.

For better performance, it’s advisable to enable CPU virtualization. MEmu also features keyboard mapping options for an enhanced gaming experience. Plus, there are options to drag and drop APK files to the program window or install software via the Google Play Store. Aside from Android games, this emulator also works well with productivity apps.

BlueStacks is arguably the most well-known Android emulator today. For users who love Android apps – whether it be gaming and productivity apps – BlueStacks can take good care of you. Aside from Google Play Store, you can also download applications from BlueStacks’s own app store.

This Android emulator deserves two thumbs up when it comes to performance, especially if you’re using powerful hardware. It’s also reliable and easy to set up. And it boasts incredible features, such as AI-based gaming engine, keyboard mapping options, and multi-instance.

As of the moment, Bluestacks is based on Android 7.1.2 (Nougat). But users should wait for even better things to come since this software rolls updates regularly. BlueStacks is available on Windows and MAC OS.

Nox is another emulator that delivers an impressive performance comparable to BlueStacks. It’s a fast and reliable emulator designed for gaming. It has a user-friendly user interface, awesome gameplay optimizations, and a key-mapping feature that enables you to perform a variety of Android gestures. You can also obtain root access by enabling a toggle in the settings.

This emulator is currently based on Android Lollipop 5.1.1. If you want to install apps, just go to Google Play Store.

If you’re a gamer or a developer, you should use an Android emulator. Consider using the Android emulators mentioned on this list, such as BlueStacks, Nox, ARChon, Genymotion, and MEmu Play for better gaming experience and high-performance app testing.

Next Post A Look at the OneDrive Migration Tool