Many users always use to complain about the slow performance of their PC’s which are running On PC’s. If you are using a PC’s which is running on windows platform then, even u might faced those same problem many times. In this Post I will highlight all the problems which are responsible for your PC’s performance

1. Due to Malicious Virus 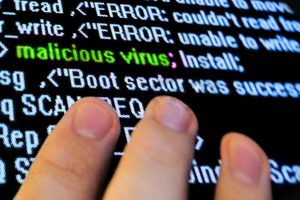 If you are not using a Good antivirus then, the chances for your PC to get affected with viruses are pretty high. In the present world of internet arena there are millions of viruses and even many are getting created each day. As Windows is the most widely used operating system, hacker used to target this lot. There are many viruses that will decrease the PC performance.

So, try to Get a Good Antivirus and scan your PC’s for Viruses. I recommend you to buy an antivirus instead of using trailer versions . . . !

These days’ people used to install many software’s and games which are high in memory. Many of the recent 3D-2D games are more than 10 GB in memory. Installing many of such Games and software’s will definitely affect your PC performance, if your Hardware configuration is not good enough.

3. Opening many applications at once

Windows PC will get hanged if your Open too many applications which are of high memory at same time. This happens when you have a slow Processor and even latest Intel processors can’t withstand if your open 10-15 high memory games and software.

RAM is a temporary memory storage device for your Pc and all your PC speed mainly depends on Processors. If you have a Slow ram (1-2 GB) RAM or Slow Processor (1-2 GHz), then it will result you in slow performance.

4 GB RAM will be good enough for you to use many software’s at once. But if you really need more then you can go for 8 GB and above.

Windows Registry is an important part of Microsoft operating system. While you install/uninstall any software and registry will be created. Similarly for all the changes that you do like, changing desktop background, resize an application…Etc, will let the new registries to create. Hundreds of such registries will make your PC really slow…!

Much software’s are available on internet to fix all the registry errors. Tune up utility is highly recommended.

6. Over heating Of CPU

Normally a CPU will contain two Cooling fans which are intended to let the Hot air outside. So that it will decrease the temperature. One Cooling fan will be located on the top of the processor and it will be provided along with the processor. Second one will be in the SMPS box. These days much Cabinet’s are providing Extra Cooling fans to make the Processor even Cooler. If any one of these Cooler fails, it will result in slow performance of processor. Normally due to dust particles on the blades on cooling fans the rotation speed will get affected resulting in slow performance of Processor.

Provide sufficient ventilation for your PC and Clean your cabinet if you see any dust inside.

Windows operating system is coded in such a way that it will store the entire images and data that you visit on the internet in the form of cache. If you don’t clear your cache often then you can’t browse fast enough on internet though you can necessary internet speed.

This will also be a main reason for your PC’s slow performance. Fragmentation normally happens to your Disk while you are performing any sort of operations on it like copy/delete/cut/create/save…Etc.
When you do any sort of changes to a particular file then the additional changes are saved in a separate part of hard disk which is different from the normal. This results in the fragmentation of the hard disk. So when you open a file it will take much time to select the location, which finally result in the slow performance of PC

9. Due to Visual effects of windows

For every operating system in the Windows platform the visual effects differs. Windows is upgrading the graphical settings to improve the user interface. But In many cases our PC will get struck due to those graphics.

10. Due to Old version of Windows

When you install a new version of Windows on your PC all the files that belongs the Old version will be stored in a folder with name “Windows (old)”. That will occupy large amount of space on the Drive in which you installed your Operating system. This will also let your PC to slow down in many cases.

Many people used to store all their files Games/movies/apps on their Desktop for easy navigation. But all the files stored on the Desktop will be stored in the drive in which you install your operating system so that will eventually cases your PC to Slowdown.

Here is an easy tip for you

Instead of making your desktop messy with all files on it, just store you’re Files in other Drives keep the shortcuts of them on desktop. So that you can have easy access to them and shortcuts won’t occupy much space

While you are installing any particular software in most cases they will add to start-up menu. so that they will start at the same time while your PC is booting. This will take much time for your PC to start as all the software’s will load at once. You can remove all the unwanted software from start-up menu.

Press Windows key + R (run box will open) type ‘msconfig’ in the RUN box and hit enter, go to start-up and un-check all the unwanted software’s from the list and restart your PC. You will defiantly see a change in loading time.