Mobile wireless standards are now in another galaxy compared to what they were like at their inception. These wireless standards are categorized as mobile telecommunications network generations (from the first generation to today’s 5G). Now a standardized staple in our lives, this technology has advanced immeasurably since its initial primitive form more than 30 years ago. The foundations of mobile networks can be traced back to around 1984, in Japan, when the roll out of 1G took place there for the first time. Currently with 5 billion people online (and growing), the vast majority of who rely on being connected on the move all over the world, the unavoidable importance of mobile wireless standards is very evident. 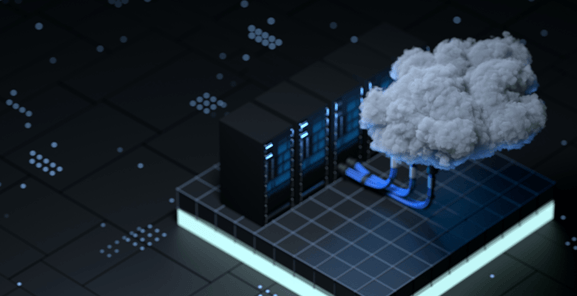 With so much of the population relying on mobile wireless standards, the focus of the electronics industry is firmly on further development and propagation of mobile wireless network technology. Equally as important, though, is that we find ourselves in an era where concerns over cybercrime and internet privacy are at an all time high. Today, there is more data accessed by more people at a higher speed than ever before. This means that, with the current 5G platform, there is a rather serious dilemma over the security of this new tier of ultra-high-speed mobile internet. The issue isn’t only with securing the platform though, but how to protect user privacy in the 5G era as well.

The Fifth Generation of the mobile wireless standard, abbreviated simply as 5G, is defined as the new standard in mobile wireless telecommunications technology. 5G offers greater internet mobile speeds than ever before, exponentially greater than the former 4G. Speed tests performed by Opensignal have shown that, on average, 4G speed fluctuated between 20-30Mbps (Megabytes per second) while 5G trumped that figure with speeds around 599Mbps on the average. 5G is nowhere near its potential, though, because as infrastructure develops into its own platform, relying less on existing 4G infrastructure, 5G will be capable of speeds like 10Gpbs (Gigabytes per second) -1000 times faster than 4G. It isn’t only pure speed though, as latency plays a part. 5G is much quicker to respond than 4G, with much lower latency figures. 5G is so important that nations are racing on who will have the better, faster service available first -essentially an indicator of a nation’s success. 5G has numerous advantages not just for citizens, but for infrastructure and cloud computing e.g. if driving autonomous cars is to be widespread in the future, it won’t be possible without ultra-high-speed low-latency 5G. The technology will also benefit defense applications in the government.

Cybersecurity is a combination of the words cyber (internet) and security. The term encompasses any tool, software,system or training associated with the protection of digital connected systems. It is a broad term that essentially means internet safety, user protection, as well as knowledge and awareness associated with internet safety practices. So to put it in simple terms, cybersecurity can mean; installing an antivirus or Virtual Private Network, while it also means educating employees to protect business systems from hackers and exploits.

Mobile network wireless data technology has a humble, primitive beginning just like any other digital revolution (the internet itself began as a research project not meant for the public). The history of the ‘Gs’ is filled with interesting milestones;

Huawei, Motorola, Samsung, LG and many others are competing on releasing 5G models (some already have). Apple has just recently released their 5G model, their iPhone 12. According to information from a CNN article, “Significant adoption of 5G is going to take years – industry group GSMA estimates that by 2025, around half of mobile connections will be 5G (the rest will be older tech, like 4G and 3G). Furthermore, the article reveals security concerns, especially because “self-driving cars and healthcare systems will be built on top of the network”.

As we’ve seen, if 5G technology is going to be implemented worldwide, a complete physical overhaul is required to things like base stations and electronics units. It is essentially a transition to a full software-based system, which will receive updates. This in itself presents enormous cybersecurity challenges and risks. According to an article by the BBC, 5G will;

Yes, there are unbelievable benefits to a worldwide transition to 5G. However, there will be several cybersecurity risks involved in transitioning to an all-digital 5G platform.

As stated by Brookings, “The new capabilities made possible by new applications riding 5G networks hold tremendous promise”. There is a very large elephant in the room, though, and that is securing 5G, “To build 5G on top of a weak cybersecurity foundation is to build on sand. This is not just a matter of the safety of network users, it is a matter of national security”.

We’ve talked about how 5G applications are going to find their way into every device eventually, which will make all previous generations of the technology redundant. So what is are the risks?;

As machine-to-machine communication increases with 5G, so will the attackers communication with the machine. It is critical that organizations take a proactive step-up to their cybersecurity into a multi-layered model, and take extra care with IoT and securing vulnerable endpoints in all systems utilizing 5G.

Previous Post How to Make Discord Spoiler Images On Smartphone and PC?