We are all addicted to the technology in this modern era! 😉 We just cannot get enough of it. Let us just take an example of our smartphones and tablets. We see these devices everywhere today; they are gracing the hands of people in 21st century everywhere in bus, metro, while walking etc…

People love making calls, playing games and enjoying apps on these devices but have they ever thought of using these devices as really smart devices? 8-0 This single question is rarely answered, so in order to pacify the process of searching the answers; we should begin seeing these gadgets from different perspective!

It is quite apparent if we notice, today we use zillions of apps and other things on our smartphones and tabs, but we have seldom thought of creating any applications on these devices! ;-( Can we use these devices for creation 1st and then for consumption! 🙂 It is seldom heard or noticed if anyone has developed any app with his smartphone or tablet so far like with PC. 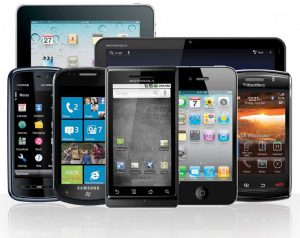 Today smartphones and tabs are so prevalent and famous because they offer a lot common services that a normal user requires. At present, these devices possess numerous calculating skills into the plain form of cell phones. In addition to basic call and text services, these gadgets possess auditory/film playback, Internet connectivity, global positioning system etc… Also, these reduce the number of common devices that a normal user might have to carry for services of audio/ video etc…

The top uses that both these devices offer at present are:

What Are The Potential Uses In Future?

Despite getting a lot of features and services from smartphones and tablets, the questions that still remains the minds of people is whether users can create apps with these gadgets or not? The answer to this question is not just definite. Thought there are a few resources available like some websites that allow you to make your own smartphone apps through them and then promote the same via social media but still we never get to see users creating any apps on their smartphones and tablets.

Can These Be Creative Devices?

Now keeping all the software (coding or programming) skills at one side and purely talking from a common user’s perspective, there are certainly some resources available today where users can create their apps on their smartphones! 🙂 😎 😎 Like for creating apps on iPhones, there are tools accessible that let users create some interesting apps for e.g. App Makr, my App builder, Sweb Apps etc… while these tools are on paid basis as of now but in future prospects, there would be more number of tools accessible depending upon the technology.

For Windows phone and surface RT tablets like devices, which use the Windows 8 platform, efficient users with programming skills can definitely create apps for their use! 🙂

For Apple devices like iPad, apps have to be created using XCode with iOS SDK using C programming language that comes as an inbuilt software in the Mac Operating system.

For people knowing coding and programming stuff, creating an app on windows phone and surface RT tabs is doable and for a common user, others tools that are available on internet for creating apps is a good option! 🙂

Next Post How to Choose the Right Cloud Hosting Provider