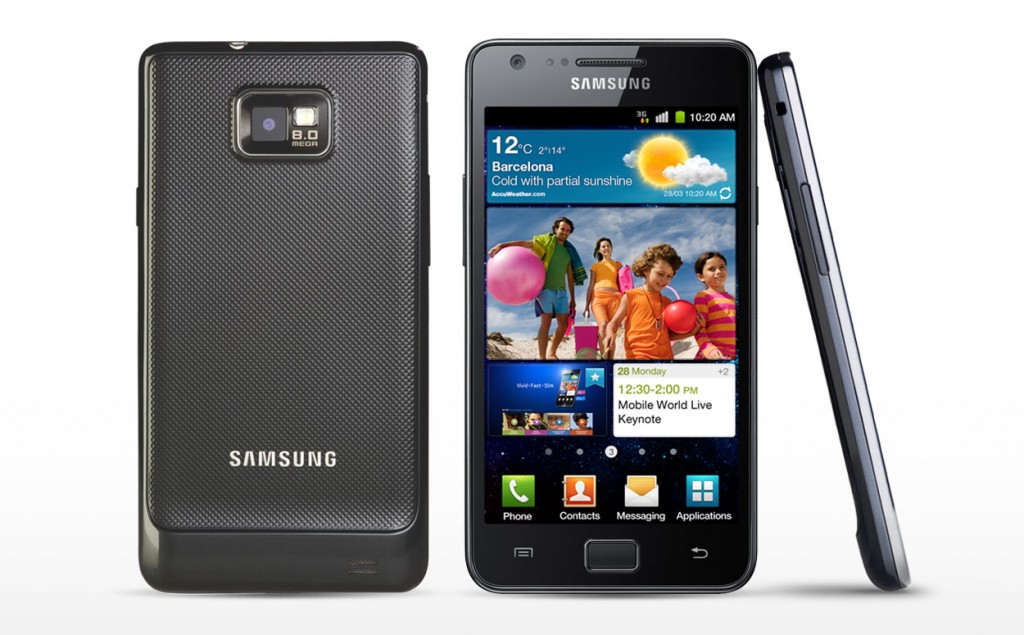 GENERAL
It is released on April 2011 whose form factor is touch screen with dimensions of 125.30 x 66.10 x 8.49 mm. Samsung Galaxy S II weight’s 116.00 grams with the battery capacity of 1650 mAh but battery is removable. The batttery which is attached with the mobile is removable.

DISPLAY
Samsung Galaxy S II is having Screen size 4.30 inches which is a touch screen mobile with resolutions of 480×800 pixels. It has 1.2GHz dual-core processor in it with 1GB RAM and it’s internal storage is 16GB. The memory can be expanded using the microSD which is expanadable upto 32GB.

CAMERA & CONNECTIVITY
It has both front and rear camera where Rear camera of 8-megapixel with flash and front camera of 2-megapixel. Samsung Galaxy S II has operating system versoin Android 2.3. It has various features and functions such as Wi-Fi , GPS, bluetooth, NFC, Headphones. It won’t have Infrared, USB OTG, FM. There is single sim slot in it which is of Nano SIM that accepts GSM. SIM will accept 3G but it won’t accpet 4G.