The highly popular Samsung Galaxy S3’s successor Galaxy S4 is rumored to come in late April month or in early days of June 2013. Apple’s iPhone 5 hit the market in September 2012 and this incredible smartphone from Apple is getting good hits from users all over the globe. The specs of Galaxy S4 are in rumors and everyone is expecting it to give a tough competition to iPhone 5. Therefore, here I am with the comparison between Apple iPhone 5 and Samsung Galaxy S4 (Rumored). 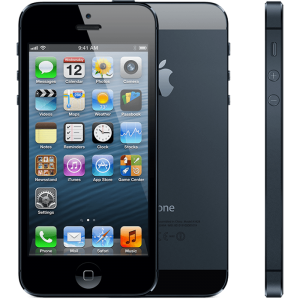 iPhone 5 has got a taller design due to its big display screen, as compared to its predecessors. Apple has adopted anodized aluminum back, which is held together by two pieces of glass at the top and bottom, in iPhone 5. This new smartphone from Apple weighs only 112 g.

According to rumors, Galaxy S4 will be thicker as compared to its predecessor. It is rumored to be  9.1mm thick. If it goes so, it would be pretty surprising as smartphones mostly get thinner from their predecessors.

Apple iPhone 5 comes with Retina Display and screen size is 4 inches. It is the first iPhone to hit the 4 inch count.

Samsung Galaxy is rumored to have  5-inch AMOLED HD display with 1080p resolution. Of course, Galaxy S4 will win over iPhone 5’s display, if this rumored display specs prove to be true.

Processor is considered at serious note by the users, before they buy any particular gadget. Apple iPhone 5 come with 1.5GHz Quad-core Qualcomm Snapdragon S4 Pro Processor.

According to one source, Galaxy S4 will be running Android 5.0 Key Lime Pie. Well, chances of being so are very small as this version of Android is not yet released. Therefore, Galaxy S4 is most likely to come up with Android 4 Ice Cream Sandwich version or Android 4.2 Jelly Bean, the latest Android version as of now.

Apple iPhone 5 comes in the memory variants of 16, 32 and 64GB. There is not any external card slot to extend the storage capacity.

Galaxy S4 is also rumored to hit the market in three memory variants of 16, 32 and 64GB. While the 16 and 32GB versions are confirmed, 64GB may also be these. Moreover, Galaxy S4 is rumored to support the external microSD card as well.

Galaxy S4 is expected to come up with 13MP  primary camera. Nothing has been rumored about the secondary camera of Galaxy S4 till now.

If all these rumors come to be true, then Galaxy S4 will indeed be an incredible smartphone. Yes, better than iPhone 5 in every aspect.