If there is one thing the smartphone world cannot get enough of, it has to be rumors and speculation. But with those rumors comes the official statements from the company which leads to chaotic madness at times. While the biggest of brands fall prey to the most gossip, the mid-tier companies don’t fall far behind. One such brand is Huawei and ever since the launch of the Nexus 6P, they have been in the rumor mill on a regular basis. For about 2 months now, we have been following the rumors and leaked renders of Huawei’s upcoming flagship; the P9 and now finally, Huawei has confirmed something. 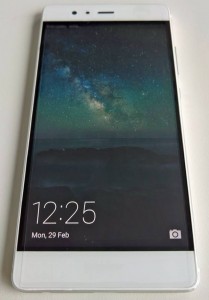 Official Confirmation But Now What We Expected

The last 4 words in the above paragraph would have excited most tech enthusiasts around the world but sadly, the only thing Huawei has confirmed officially is that they will having an event on the 6th of April in London. The invitation to the event reads, “#OO Change the Way You See the World” followed by “Save The Date 06.04.16”. If you have been following up with Huawei’s next gen flagship rumors, you would have seen that the device might be coming with dual cameras on the back and the #OO could be a hint at confirming the rumor. Huawei followed the same agenda by releasing the Huawei P8 in London last year in April and could be reenacting their previous launch for their upcoming device. 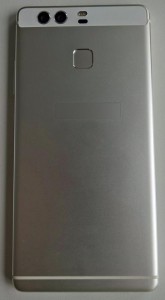 Many rumors have even said that the Huawei P9 will come in 4 different variants namely a regular P9, a P9 Lite, a P9 Max and an upgraded and enhanced version of the P9. The P9 Max seems to have gained the most attention because it is said to feature more RAM and storage along with a bigger display. But the biggest talking point for the Huawei P9 Max is possibly the dual camera set up on the back of the device which could house dual 12 Megapixel sensors and comes with photography features like post-capture refocus, filter options and simulated aperture adjustment mentioned in KnowYourHandheld smartphone news.

Where Do The Leaks Come From?

Like most rumors, the source cannot be taken seriously but when it comes to Evan Blass, things get a bit more interesting. According to the images released by him, the P9 looks very similar to the predecessor P8 in design with the primary cameras seen on the top corner and accompanied by dual LED flash and autofocus sensors. The device can be seen clad in metal with chamfered edges on the front while the back houses a fingerprint sensor. There is also a USB Type-C port on the bottom of the device. Other specifications of the device are a Kirin 950 chipset and a Mali-T880 GPU while there will be a 3GB RAM and a 3900mAh battery as well. 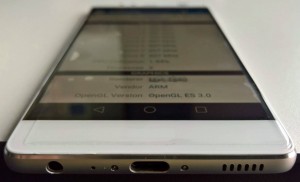 What do you think of the Huawei P9? Do the rumors do justice to the device or are they just speculation? Let us know your opinion on the upcoming flagship from Huawei in the comments section below.