Encryption is a type of process where scrambling of information or data cannot understand easily, even though being intercepted in transit – still, it is the standalone process that will protect your data involved.

Generally, encryption is carried out on the messages and documents as a preface. And if the recipient is not able to verify the encrypted communication or identity of the organization or users who sent it, then integrity and authenticity come into question. In today’s article, we will learn how PKI helps in achieving E-mail security and the importance of a PKI Certificate. 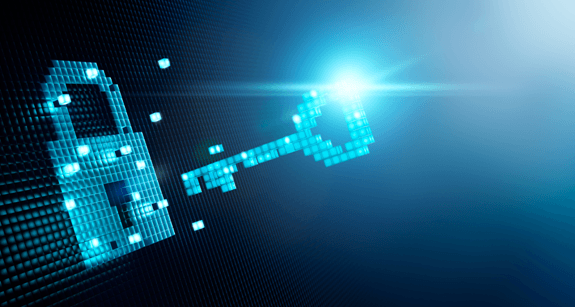 The PKI needs various elements that will prove highly effective in its use. The Certificate Authority can be used for authenticating users’ digital identities that will range from computer systems to individuals and servers. A CA prevents falsified entities and handles the lifecycle of various digital certificates in a system.

Next in line is an element of Registration Authority that is mostly authorized by a CA for giving digital certificates on case-by-case ways to the users. Certificates requested, received, or revoked by the RA and CA are generally stored out in the encrypted database.

Other important information and PKI Certificatehistory will be kept on a certificate store that is well-grounded on the specific computer and store information for memory pertinent to its certificate history, which includes private encryption keys and issued certificates. One of the best examples is Google Wallet.

With these elements hosting on the safe and secure framework, the PKI will be able to protect various identities that are involved and any private details utilized in certain situations where digital security becomes very important, like SSL signatures, smart logins, encrypted docs, and a few more.

This is one of the main purposes that the keys will be exchanged between the sender & receivers of encrypted communications. Most of the times these digital certificates will be issued for establishing genuine authorization of its originating party, and

The Certificate Authority is mainly responsible to issue digital certificates in a PKI framework. Most of the time Certificate Authority (CA) offers various services to authenticate identities of organizations, systems, individuals, and other entities like administrators, databases, network users, clients, as well as servers.

The Certificate Authority can be controlled in-house or can be done by the independent and trusted 3rd party certificates provider. But, it is very important that the owner of the certificate and the third party using this certificate should have complete faith in the CA.

Whenever issuing and receiving any such kind of request, the CA has to perform certain background checks that will help to protect against giving the digital certificates to any fake and bogus entities. The Certificate Authority manages the life-cycle of various digital certificates that are present in a PKI framework.

The Certificate Authority will sign the certificates with their personal key and issues the self-signed authority certificate that will make the public key accessible to interested parties.

The PKI certificate generally allows a person to bind the identity digitally and make use of the certificate that will perform various functions.

Benefits of Offering PKI in a Form of Certificate

The PKI authentication with digital certificates is an effective way of protecting any kind of confidential digital data. The digital PKI certificate is unique and detailed to every individual user and making it just impossible to forge.

When any user gets issued the unique certificate, then details will be included in a certificate and undergo the complete vetting procedure that includes the PKI authorization and authentication. These certificates are most of the time backed by many security processes like time stamping, validation, registration, and a bit more to make sure privacy of the electronic data and identity gets affiliated with this certificate.

Next Post What Are the Benefits of Professional Master Data Management?