Teaching and learning is an engaging process that can be enhanced with the use of games. Here are five free physics games that teachers can share with their students. We’ll provide a detailed description of each game to help you choose the best for your class. 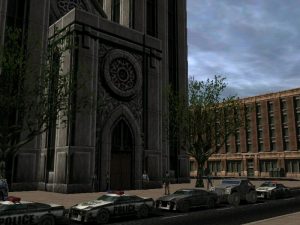 This is a fun and exciting physics puzzle game that has a Pirate twist to it. The player will try to destroy the enemy pirates by first loading up their cannon, then firing the bombs at the enemy. The aim is to kill the pirates and save the mermaid. Players can also use the environment to assist in killing pirates, but they must do their best to use as few bombs as they can.

This physics game has an orange twist to it. The player’s job is to strategically place the objects they are given in positions that will help defend the smilie orange from the cloud with the killer rain. The nasty cloud will rain down bullets on the orange and destroy it so the orange must be covered to protect it. The player must achieve this before they can move on to the next level.

Objects available for use on the playing field include crates, barrels and wheels.

This is a fun new physics game that involves electricity. The player will have to sort out the flow of electricity as he or she advance from level to level. Their task will involve placing the volts in positions that allow them to interlink with each other. This will cause the electricity to flow. Players accumulate more points when they use fewer volts and should try to get 3 stars for each level.

Each volt has a special ability and the player will need to learn this, then placing them beside each other so they can use their abilities. The challenge also involves completing each level as quickly as possible.

Volt Connect 2 is the sequel to Volt Connect the electric physics puzzler. The characters (the volts) are actually electrical creatures that when placed close to each other, connect and create charges with their special abilities. Remember, not all volts are the same. Some can fly, burn wood, stick to objects, light up portions of the level and float on water. Some volts are sleeping volts that will only connect to charged volts. Gaining a three-star rating will require that the player use the volts wisely and complete the game as quickly as possible.

The objective of this game is to get the good guys to the saving surface, and kill or throw out the villain. To accomplish this, thee player must destroy the wooden objects (box and bombs) that are lying around the maps.

Next Post Five Ways to Avoid Eye Strain on an iPhone