Android: Well there is nothing new to explain about this pioneering operating system that has taken the technology it the next level and indicates bright future of it. In fact this very operating system changed the fate of the mobile companies as well and the top mobile companies like HTC, LG and Samsung they are gaining gigantic profit having using this Android Operating system. Apart from that a number of software companies are also gaining large profit by creating different games and apps in particular for his Android Operating System. 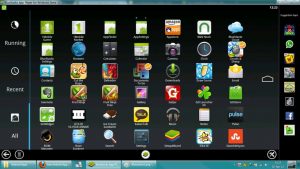 Bluestack is actually one of those software companies who are in the pledge of making the one of kind apps and game for Android devices. It has launched two products namely Bluestack app player and Bluestack cloud connect.

Bluestack app player is a kind of application which especially designed for Android devices. This app is very helpful not only for those who have Android devices but for those as well who does not have any Android device. The most interesting part of this app it is supported on pc and so one can take the maximum advantage of this very app anytime they have.

The Bluestack app player for windows actually helps the window to get connected with the Bluestack account through Wi-Fi or Bluetooth connection. Its functionality is very simple and that is one of the main reasons for which people are very much fond of it. Let us have a look at how this app works?

As already said having this Bluestack app Player for windows one can easily bed in the Android app in the window. In fact in addition to this it helps to install pertinent texting services as well. At the same time syncing is also a very easy and enjoyable task. It is so effortless that one will hardly find any dissimilarity in syncing this and selecting a suitable app from the directory.

People who have used the Bluestack app player for windows have demanded something extra in the application. Actually the Bluestack app player for windowsworks in a very simplified manner and it is also not customizable. People have demanded this app to be a little bit complicated and more customizable so that it can work in more efficient way fulfilling almost every kind of need and demand.

However it seems that this very Android application has to some extend failed to fulfill the customers’ desire still the support goes in favor of the manufacturing company. Actually even having achieved immense success, Bluestack is new companies that had been launched only two years back and at the same time a number of new versions are coming into existence every now and then so it needs time to cop up with the change properly. It is hoped the company will successfully fulfill the want of people soon.