Since windows 8 released, almost every manufacturer of laptops has produced one with genuine windows 8. Nokia Lumia series phones are also equipped with latest windows 8. This article will discuss 5 best windows 8 laptops. 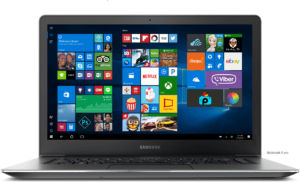 It is a great machine by Samsung to pass your boring time with entertainment at home. It is equipped with latest windows 8, corei3 processor, 6GB RAM, 750GB HDD, DVDSM DL, LAN, WLAN, BT, Webcam and Integrated Graphics. I am putting this laptop in the list of 5 best windows 8 laptops, because it much affordable as compared to other laptops with windows 8 e.g. £430

It is the most demanded laptop of Toshiba and this is one of the reasons which pushed this laptop to list of 5 best windows 8 laptops. Most of us will not believe that 15.6” windows 8 laptop will be available for only £280! Yes it’s true. At this affordable price this laptop offers many specs to use for entertainment or casual use. Let’s take a look at its technical specs and customer feedback.

Dell XPS 13 is the biggest change in the Dell XPS series; it is the laptop which Dell fans expected. Let me tell you that Dell is among the first manufacturer to offer Ultra-books in form of Dell XPS. This amazing ultra-book is packed with many great features which include Full HD display, Windows 8, 8GB of RAM, fast corei7 processor and an Ivy Bridge CPU. The features which make this ultra-book stand among the best windows 8 laptops include fast booting and beautiful design further modified making it very portable.

I personally like this laptop a lot not only because of its spec but because of its beautiful design which make this laptop an important part of this list. Its metal-clad chassis is pretty enough to take over other similar products. It has sturdy build quality with much less weight. Along with great design this laptop enjoys good specs as well which include HD display, Windows 8, 4GB RAM, Intel HD 4000 graphics and corei3 processor. Now you would be thinking that how come corei3 processor laptop be such an important one here, well that is because of its amazingly affordable price which is as low as 380 pounds

I am adding Dell XPS laptop because of its great features and designs which make it worth buying. Let’s take a look at its key features:

As you can look the 8 hours battery life, this is the one of the reasons which makes this laptop stand among the best. Furthermore its unique design which no other laptop has makes it a popular choice among many people. It is available at about $1800.

Previous Post Installation and Setup of Bootcamp for windows 7