With the cutthroat competition to monopolize the market between the top three leading smart phone operating systems, namely, Android, Apple operating system iOS and Windows, it has been very difficult to decide which to go for. However, there is one thing common among all three of these operating systems. All three operating systems have upgraded themselves to provide the users an access to infinite number of applications. These applications range from games, software and other utility tools, that are guaranteed to keep you glued to your smart phone for the whole day long. So, here is the list of few of the best smart phones 2013 that will give you the opportunity to have a go at the experience of having the smartest phones of all!

The Samsung Galaxy Note II is a phone that will top the list of the best smart phones 2013. Here is not one feature that you dreamt of and cannot find in this smart phone. It is armed with the mighty Android Jelly Bean version 4.1.1, that makes your Android experience like never before. It is equipped with a super fast 1.6 GHz quad-core processor. It also has a 2 GB RAM. The screen is a 5.5 inch Super AMOLED HD display with fantastic clarity. It also has an 8 MP primary camera with LED flash and HD video recording and a 1.9 MP secondary camera at the front. It comes with a stylus. 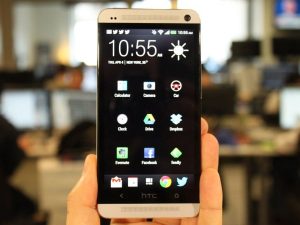 HTC One is one of the latest innovations by HTC and is definitely among the best smart phones 2013. It runs on a platform of Android 4.1.2 Jelly Bean, upgradeable to Jelly Bean version 4.2.2. It is equipped with a 1.7 GHz quad-core processor and a super LCD 3 with 1080p clarity on a 4.7 inch screen. It has an 8 MP primary camera with an LED flash and a 2.1 MP secondary camera as well.

Apple has been the first to launch smart phones as well as to introduce the utility of applications. The iPhone 5 by Apple is, naturally, one of the best smart phones 2013. It is equipped with the newest and the best iOS 6, which is upgradeable to iOS 6.1.3 and a 1.2 dual core processor. The display is 4 inches capacitative with a very high pixel density, ensuring maximum clarity. It has an 8 MP camera with LED flash and a 1.2 MP secondary camera.

This is a phone that runs on Windows Operating System 8 and has a 1.2 GHz Krait dual core processor. The display is 4.5 inches, has a very high pixel density that ensures a high resolution and is protested by Corning Gorilla Glass 2. The camera is 8 MP with Carl Zeiss optics, image stabilization and LED flash. The secondary camera is 1.3 MP.

However, this is not where the list of the best smart phones 2013 ends. There are more that make a mark on this list such as LG Google Nexus 4, BlackBerry Z10, Samsung Galaxy SIII and much more.