Android is one of the most popular operating platforms for smartphones. Android not only lets you stay updated with the latest and most useful applications, but also helps you stay with your favourite Google Apps all the time. With the better than ever upgrades available in the market, you smartphone will just keep getting smarter. The following is a list of the best droid phones that are available in the Indian market nowadays. 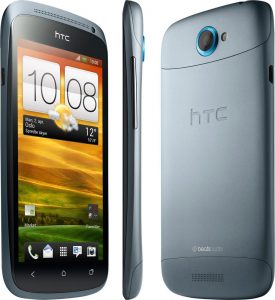 The Android 4.1 HTC One S is one of the best droid phones that are available in the Indian market. It is equipped with Android version 4.0 Ice Cream Sandwich and complete with Sense 4.0 technology. HTC is very well known for the quality of its camera and the added features. This one has 8 MP camera with Image sense and the usual LED flash. More importantly, it is loaded with other exciting features like f2.0 aperture, macro, and much more. It has a very high power processor as well.

As usual, Samsung has its own place in the world of Android smartphones, running on an OS of Ice Cream Sandwich. The Galaxy Nexus is a sleek, glossy phone that dazzles the onlooker with its curvy features and fits snugly into the palm of your hand. It has a HD Super AMOLED screen that has a very high level of clarity. The phone comes loaded with extraordinary features, to which you can add apps of your choice. This smartphone has a 5 MP camera, complete with LED flash and zero shutter lag.

This is one of the best droid phones. It isprimarily popular because of the super fast processor and fantastic built in audio. In terms of specs, this phone is a monster. It has a 4.3 inch Super LCD with a very high pixel density. It has a 2 MP front camera and an 8 MP rear camera. It runs on Android Gingerbread and is sold with a lot of preloaded applications.

This is a droid phone that resembles its predecessor to a large extent, although it is slightly heavier and thicker. The smartphone is literally an armour. Its back cover is made of Kevlar, used in bulletproof vests and speedboats. Its core is made of stainless core. It also has splashguard technology, which saves it from being damaged by accidental water splashes, thus rendering it virtually indestructible. It is equipped with the usual super AMOLED display of 4.3 inches and an 8 MP camera.

Motorola Droid Bionic is yet another one of the best droid phones released as of yet in India. The first thing that you will notice about this phone is that it is sturdy and heavy. It has a revolutionary angular look. It has a 4.3 inch screen with a high quality display and is probably the slimmest smartphone. It runs on a Gingerbread platform and has an 8 MP primary camera.