Android 3.0 Honeycomb has become an immensely popular operating system and it can be seen in most of the modern smartphones, tablets and phablets. Its user friendly interface and large number of apps available online makes it the best mobile operating system in the hood.

Here we talk about the Google Android 3.0 also known as Android Honeycomb. It became the most popular Operating System amongst the tablets that were released in 2011.The main reason behind its prominence is its user interface. It has been totally renovated to match the requirements of large displays, and it looks futuristic as compared to other operating systems like iOS 4.3, HP’s WebOS and BlackBerry Tablet OS. 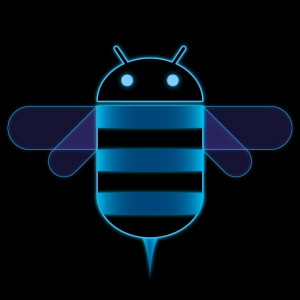 The holographic UI is something that isnot easily seen in tablet at this time. Honeycomb has the amiable five home screen panels and allowed the user to customize them with widgets and apps. The home screenis all set in 3-D and worked smoothly.

The Google Android 3.0 Honeycomb is not Open Source and it is only licensed to Google’s trusted partners.

Google said that there are no hardware requirements for Android 3.0 honeycomb but in thefirst phase of honeycomb tablets all of them had 1280×1024 or more display resolution and they had NvidiaTegra 2 processors which gave them impressive processing power.

Honeycomb had all basic and mandatory features you’d need in a tablet Operating System. It had built-in calendar, contacts, messages and e-mail apps that were easy to use and looked attractive.

It was reported that while browsing the internet with Honeycomb’s in built web-browser many websites considered the device to be a cell-phone and appeared as low quality and text only pages. It looked very odd on a tablet. However, this problem was simple to solve by downloading an external web-browser and using it to browse the internet.

There are several other in built apps such as Google Books e-reader, Calculator, digital clock, Google Maps with GPS driving directions (free), YouTube and G-Talk with Video Chat feature.

Honeycomb provides all mandatory feature one should require in a tablet but in case you are looking to load your Honeycomb tablet with third party apps, then you will surely face troubles.

However, it’s an Android Operating System and the best part is that you get thousands of free apps available in the apps store now known as Google Play Store.

Honeycomb appears to be more appealing as compared to Blackberry Tablet OS, HP’s WebOS and Apple’s iOS. However, manufacturers are not putting efforts on releasing devices powered with Android 3.0 Honeycomb and that is a truth.

Honeycomb is not good choice for users who are buying a tablet for the first time but for those geeks and tech freaks, it is a great choice.