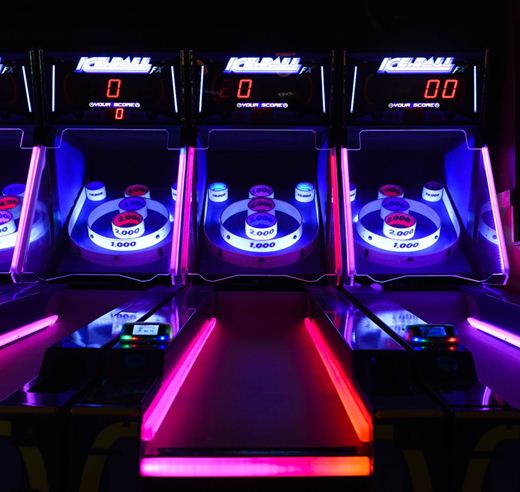 Skee Ball machines have long captured the wonder and merriment of masses of players from the smallest of children to adults who are simply young at heart. These arcade games are among the first of their kind ever available on the market. The unspoken rule states that the best games are those that do not need to change, and the rules for this game have remained as they were nearly 40 years ago.

Today it has become a regular staple in bar establishments, but it gained its notoriety as a feature in Chuck E. Cheese arcade chains. The Price Is Right game show used it as one of their contestant challenges back in the 80s which caused it to gain the public’s attention and drove its popularity. Skee Ball machines have been reviewed by countless like https://ryansbestreviews.com/skee-ball-machines/, all with positive results.

Skee Ball was originally invented by Joseph Fourestier Simpson in the 20th century who held the patent on the game in 1908. The idea was licensed by John W. Harper and William Nice Jr in 1909 who started to manufacture the machines through their business, the Skee-Ball Alley Company.

The business became slow after the first alley sold. The company took a great hit after Nice died in 1910. There was a resurgence in the company fortunes in 1913 when Jonathan Dickinson Este developed a huge interest in Skee Ball while in college.

Once he took the company over and grew it for a while, he sold it to another businessman who was decidedly wealthier. After his undertaking Skee Ball developed into a national phenomenon with the newly named company, the National Skee-Ball Company, as they would hold a variety of different promotional tournaments with large monetary prizes. Read more about the history here.

Bay Tek Entertainment is the current owner of Skee Ball which remains a staple in gaming throughout the world. You would be hard-pressed to find any type of arcade without Skee Ball as a feature. Its popularity renders it a game that will likely never really disappear.

The Basics Of Skee Ball

The rules for Skee Ball are based on where you may be playing. Many of the various bars have their version of house rules that will apply to the different leagues and tournaments. The rules are set with the intention to add both fun and a sense of structure to the play. General overall rules apply to most all team Skee Ball matches such as:

These are pretty standard rules for almost any place that you’re going to play, but you’ll need to check the bar or arcade rules for any deviations from these basics. They may hold specific provisions.

Skee Ball is a fairly simple game to play as far as the instructions… Go to https://carneyvorous.com/2018/06/13/5-skeeball-tips-from-a-practical-pro to read how to become a pro.

The object of the game is to roll your ball up the alley to score the most points you can. Each hole in the walled scoring section is designated with points. The holes that are higher up in the panel are worth more points and the ones closest to you are worth the least. The points that most tables allot for the holes are generally 50, 40, 30, 20, and 10. Then the two holes in each corner are worth 100 points.

Many who play the note that the best technique to use is to aim high as a means to increase the likelihood of at least getting a lower score as the ball tumbles back down the board.

The concept of the game may be easy, but as with any type of arcade game, it takes a knack to be able to roll for the higher scores particularly regularly. It can become a bit frustrating to get a score at all in the beginning, but once you gain some skill, the scores will start to add up.

In an arcade setting, each time there’s a score, tickets are emitted based on the number of points that you receive at the end of the game. These tickets can be taken to the token counter and traded in for a prize of your choice equal to the number of tickets you have.

Why Skee Ball Stays Around:

Skee Ball keeps people coming back for more just as they would for a dart game. There is always a challenge for you to try to do better than what you had done before. It’s a game of accuracy. And in an arcade setting, there’s the added incentive of receiving prizes for your efforts.

Getting a perfect score is going to require that you have extreme focus, an extraordinary amount of know-how, and an excellent technique for the game. It’s a competition that everyone wants to watch, all those involved get excited about it, and anyone can join in.

The great thing is it’s not only for those who have been playing their entire lives but it’s great for kids. It’s a game that has truly withstood the test of time.