There’s no denying that file sharing is one of the most popular activities on the Internet. However, it wouldn’t be possible without a few of the tools that still remain in common use to this day. Peer-to-peer (P2P) technologies continue to have an impact on the way people use the Internet. BitTorrent happens to be one of the leading protocols instrumental in file sharing as we know it. 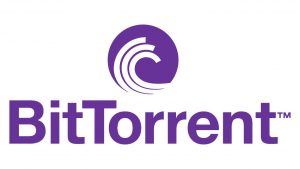 What is BitTorrent and How People Use It

BitTorrent is a P2P file sharing protocol that was developed in 2001 by American computer programmer Bram Cohen. It happens to be one of the most common methods of sharing and distributing large files over the Internet. Since February 2009, BitTorrent and other P2P traffic accounted for up to 70 percent of all Internet traffic. BitTorrent currently has over 150 million active users.

In order to use BitTorrent, users must download and install a client capable of requesting and distributing files using the BitTorrent protocol. uTorrent is just one of the many free programs popularly used for this purpose. Computers running an instance of these clients are known as peers.

After installation, users must either find or create a “torrent” file that is used for facilitating file transfers. The torrent file contains metadata about files to be shared, as well as the computers used to coordinate file distribution, otherwise known as trackers. Users open the torrent file within their client, which reads the information in the torrent and depending on how many other peers are available with the same collection of files, initiates the file transfer over a network.

Torrent files are often found on public or private websites, many of which have restrictions on membership and the amount of files someone can download vs. files uploaded or “seeded”, something that’s referred to as a “ratio.” Ratios are commonly used to promote file sharing among users – prolific seeders are usually rewarded with perks while “leechers,” users who constantly download files without seeding, are punished with restricted downloading or even bans.

These websites don’t host the actual files themselves, only the torrent files associated with those files. This decentralized method of file distribution means that users must rely on seeders and peers to finish downloads, as opposed to a server. For unpopular files, users often must wait for the arrival of a seeder to complete their downloads.

Despite its reputation for being used by so-called Internet pirates and scofflaws, BitTorrent has its fair share of legitimate users. For starters, it happens to be an especially quick and effective way to download Linux distributions, given its ability to transfer large files in a relatively short period of time. Blizzard Entertainment’s downloader utility is based on BitTorrent – not only does it allow users to download patches, cinematic trailers and other large files, it also takes advantage of BitTorrent’s uploading capabilities to distribute similar files to other users.

You wouldn’t expect a company like Facebook to rely on BitTorrent, but it does. As it turns out, Facebook uses BitTorrent as a fast and efficient means of pushing critical updates to thousands of servers worldwide. Twitter is another social media company that relies on the P2P protocol to distribute data across its massive server network. BitTorrent’s uses aren’t by any means limited to piracy, although some people continue to make that assumption.

Unfortunately, there have been a number of legal issues surrounding BitTorrent, mostly regarding its use as a way to download and distribute pirated material. Organizations dedicated to rooting out Internet piracy, such as the RIAA and MPAA, would like nothing more than to see BitTorrent become a thing of the past. However, there’s not just the threat of legal and even judicial action that threatens users – malware is also a pressing concern. Viruses and other malicious files are often included in BitTorrent downloads, making it easy for users’ computers to become infected during the downloading process.

For millions of people around the world, BitTorrent continues to be the preferred way of distributing large files. No matter how it’s used, it will continue to evolve in ways unforeseen by even the most informed of technology experts.

Next Post The Best Free Software for Managing Your Virtual Workers