South Korea’s electronics giant Samsung has revealed its Galaxy S6 versions among its latest gala in London. The firm is determined to cement its position as a leader in the Smartphone segment surpassing the sales figures of Apple. It is trying its level best to become the world’s top-selling Smart phone maker. Even the phone has made its debut in the global market, Indians will have to wait for few weeks to have an hands on experience. Here are 9 things to know about Galaxy S6 Edge before you can start using them. 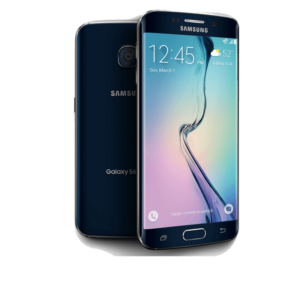 22% Bigger Screen: The mobile is expected to have 5.1 inch giant screen with Amoled display and has the ability to record and play HD quality videos. The present screen size is almost 22% bigger than the previous versions.

Dual Camera: It has a 16 MP camera at the rear and comes with a 5 MP front facing camera. It has a zero-lag shutter speed that facilitates instant image capturing and processing.

Clone of Siri: Galaxy S6 boasts to have “S Voice” which is a similar application to SIRI in iPhones. This application will help the users to execute actions based upon voice commands. The firm is quite satisfied with the latest technological innovations made in this application and is expected to perform better than SIRI.

Smart Stay: This functionality will not allow the screen to be locked unless your eye balls are away from the screen. The ability to track the eye movement of the phone users is stunning. It is believed to make the phone more intuitive. It will track the eye movement and will display the brightness and contrasts according to that. For example, if you are reading an e-book or news paper, the selected portion of  your reading will be enhanced for better color adjustment and management.

Storage and Weight: The phone comes with an internal memory of 16 GB and is expandable up to 64 GB with a micro SD slot. It is equipped with 2100 mAh battery which can really last long. It weighs 33 gram and is 8.6 mm thick.

Processor: The device runs on Samsung’s new Arm-based processor which is quad core. The 1.4Ghz quad core chip will make the HD videos and gaming will never be disrupted by any of the applications. Samsung argues that it is one of the first kinds of chip built on HKMG technology. It has a video hardware codec engine for the purpose of HD videos.

DropBox Storage for Free: Samsung has went to say that every user of S3 will have a free space of 50GB in dropbox cloud storage. This is almost double the space offered by dropbox to its HTC users. However, the storage area is valid only for 2 years.

Price: S6 version will prove expensive for the Indian segment and comes at a price tag of Rs 43500/-

Next Post Debt Management And Handling In Simple Steps