Android, iOS and Windows Phones combine the latest features with flexible usage and stylish looks. These three most common and major mobile operation systems are going to be joined by some new and different versions in 2013. Many of the experts believe that switching these systems is near to impossible because the users find them the most convenient and trendy, being followed by more than 90 percent of smart-phone users worldwide. However, there are many users who would really appreciate a change and love to enjoy fresh and new operating systems.

It is a recent joint operating system between Samsung and Intel and has appeared to be as an amazing move after the MeeGo was cancelled. The Tizen is considered as an effort of unveiling smart-phones by Samsung. The Tizen 2.00 has already released and provided a new change in the usual smart-phones. The major factor that boosts up this system is its combination with the Bada operating system. It has been linked to the operating system of Firefox as well and all its applications use HTML5. 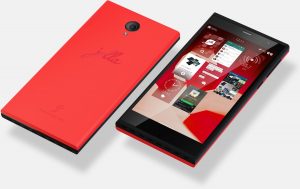 Jolla (the Finish Developer) ha s been highly predicted to bring a refreshed change in Meego (a software rejected by Nokia in Windows phones). The Jolla is the only operating system that lacks any major kind of hardware backers. The spirit of MeeGo is reflected by the amazing gesture controls and a simple and nice interface. The international promotion and support to MeeGo and the Nokia-N9 has already made a good fan figure of the Jolla OS. It comes as exciting news for all those smart phone lovers who are concerned about the high costs that the Jolla is going to be a relief with comparatively low price ranges. The first launch is expected to be released in the early summers of 2013 initially in US and Europe later in China and other big markets of the world.

Those smart phone users who are facing the issues of fragmentation with Android devises will now be offered a best solution in the form of Ubuntu. This Operating System could be tweaked by the providers of handsets to add the customized contents and applications. It is one of the desperate requirements of the application developers who belong to a third party. The Linux-based operating system of the Canonical is allowed to run on the original Android devices. It is supposed to be a very attractive feature of this OS which provides a wider usage range. In fact, some experts define it as a big selling point at the time of its first launch in the market. Canonical is going to put Ubuntu in limelight by releasing its new version for Google Nexus in the mid 2013.

The aims of Firefox OS are different from all the other latest operating systems. The developers of the Firefox have a target to budget all those smart phones which need a flexible operating system (as Android). To promote the latest operating system among Latin American states, Telefonica (a Spanish cellular biggie) has taken the charge. The Firefox OS is going to be accommodated by a less expensive hardware, good news for those users who wish to have an amazing smart phone in a nice price range! Moreover, it is expected to run the applications by Mozilla app store. The smart phones by Alcatel and ZTE would probably be holding this splendid OS.

BlackBerry 10 is the biggest name o the list so far. According to some authentic sources, the BlackBerry 10 is a really impressive move which is expected to outdate all the other operative systems. The expected date of its arrival is January 30th. It will be released for public sale in a period of two months after arrival on two kinds of hardware, one with a QWERTY keypad and the other with a touch-screen. It will be containing a latest web browser with an amazing camera feature called ‘Time-Shift’ which allows manual modification of a person’s expressions to make a desired picture. The overall information suggests BlackBerry 10 as a first choice among all the smart phones.

This operating system aims to bring functionality of the cloud to the platform of mobile. Some strategy leaks reveal that Aliyun will be having a new web browser, weather updates, and cloud based emails and some exciting navigation tools. Moreover, it will provide 100 GB storage with synchronization of all the data. This OS features a free and flawless access to the Web apps minimizing the worry of downloading.

Article brought to you by our folks at Chillopedia.com!

Next Post How to Save Battery on an Android OS