Android is full of apps to serve a variety of purposes on our smartphones, in our daily life. However, there is not much awesome music players available for Android, which would present the tracks, present in our phones in a great and intuitive way to us as well as provide awesome quality music.

Since this can be considered as a great problems for Android users, I have come up with a list of some awesome music players that are available to install on your Android phone and which will let you enjoy music in a whole new way, and you will never forget the experiences after using them for even once. Let the list begin, and start installing these apps right away, 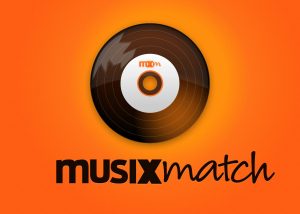 MusixMatch is an awesome app which lets you play high quality music, as well as see synchronized lyrics when the song is being played. This app has an awesome interface, which sets it apart from the others.

One of the best things about this app is the synchronized lyrics feature, which lets you enjoy lyrics for every song, if you are connected to the internet, and displays some relevant background images when the song is being played.

For example, if you are playing a song by Taylor Swift, then while playing you can see some shots of Taylor Swift in the background that makes you feel that you are deeply engaged into the music.

With this app you can also find music, by just holding your phone near to an unidentified music and by choosing to search for the music. After doing a couple of searches, it will let you know which song is it and its related information that makes this a handy app as you don’ need to install a separate app for identifying songs.

Google Play Music is an official music app from Google, which is another milestone in its category.  This app also has an awesome user interface, specially the cover flow that can be seen in Apple iPods and iPhones, but with a different perspective and angle, thus making it even better.

This app is simple to use, but works great when forming quick playlists by just long pressing over any song, and choosing to add it to the current queue, and the song will be added to current playing queue, thus no need to form a separate playlist.

Though this app doesn’t have much features but still its quite a handy app for playing music, and since it’s an app by Google, so you can be sure that it will be experiencing some major changes in the future.

PlayerPro is another great app, which features an excellent UI, and imitates the older kind of music UI, but presenting albums with larger images, and in a flowing manner. This app has good quality sound output so you will be listening to music on your phone in an excellent form.

This app supports folder browsing which means that you can view folders if you have organized your songs in different folders making it easy for you to locate songs and play them with a single tap from any folder.

This is a premium app so you need to buy it in order to experience all these great features, though the price is quite reasonable for all the features that it offers.

n7player is a completely different app from the rest as it features a UI which cannot be seen in any other music players available for Android, and is super fun and easy to use. This app brings the feel of the Windows Media Center right into your Android smartphone by displaying zoom able album cover pics tiled on the screen.

Playing music is extremely easy and fun, with popping menus and interactive options, whenever you tap over any song for playing it. This is another pro app, but again the cost is reasonable for all goodies that it offers.

Winamp doesn’t need an introduction and this app is here to lift up your music experience to a new level. Winamp has been a favourite app for many of us, and its available for Android too. This Android version of Winamp is quite powerful as well featuring a moderate to good quality UI and stunning features.

This is another Pro app, and if you like Winamp, then you can go for this app as well and install your favourite music player on your Android smartphone.